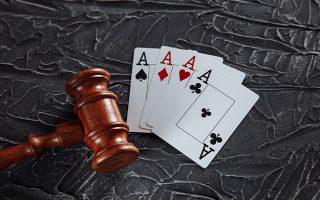 The Gambling White Paper is once again put off. This process is under the guidance of the Department for Sport, Digital, Media, and Culture and Damian Collins – the minister overseeing both gambling and technology at the department. Collins took over this position following the resignation of Chris Philip. The resignation letter of Chris Philip urged Johnson to publish the white paper in its “entirety and undiluted” form. 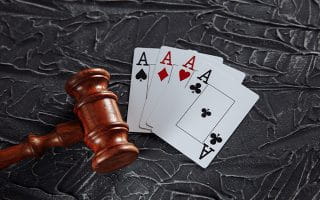 Proposals for the UK gambling laws to be reformed have been put off for the fourth time due to turmoil at the top of the Conservative party. Boris Johnson’s advisers concluded that a white paper scheduled to be released soon could not be released until a new Conservative Party leader is elected to take over from him as Prime Minister.

Pro-reform MPs had tried to convince Boris Johnson that tougher restrictions would enhance his legacy and were optimistic about success. However, top adviser, David Canzini, is said to have told the PM that he could not publish it, owing to the reason that it will demand legislation from his successor.

The members of parliament (MP) expressed concern earlier, that advisers with previous ties to the gambling industry, such as Canzini, may dilute or obstruct proposed reforms. Ministers have suspended plans to enforce an online safety bill on similar grounds, sparking accusations of a vacuum at the heart of government.

This is the fourth time the gambling white paper has been shelved. The delay means that proposals will not be published until at least September, when a new Tory leader is elected. This is a setback for those pushing for tougher reforms.

Some people have voiced concerns about the latest postponement. One such person is a spokesperson for the charity Gambling with Lives. This charity was put together by parents whose children committed suicide as a result of gambling addiction. Gambling with Lives is on the right path as many have criticised gambling control commission for not doing enough for families of the children that have committed suicide due to gambling addiction.

Here is what the spokespersons had to say: “As a result of this inexcusable delay, tens of thousands more people will be harmed, and some will die.”

Reactions from Those Pushing for the Reform

Conservative MP Ian Duncan Smith, who previously stated his willingness to “go to war” with the government in order to secure tougher reforms, expressed “deep regret” about the delay in the white paper. He also added that the Treasury has rejected any of those changed and that he himself hasn’t spoken to others who have expressed a strong opinion. He went further to say that he will push whoever becomes prime minister until they do it.

Carolyn Harris, the Labour MP, said that reforming the gambling laws was a perfect opportunity for the PM, Boris Johnson, to bow out having done at least one good thing during his time in office. She went on to say that those who influence his thinking are more worried about safeguarding the online gambling industry than satisfying a Tory 2019 manifesto commitment.