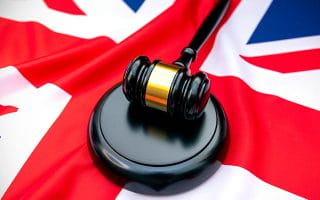 The UK Gambling Commission’s CEO is set to appear in front of the Digital, Culture, Media and Sport Committee. It was said that the appearance is focused on deciding the future of the lottery in the country, especially as a result of the commission’s decision to award Allwyn the fourth license.

This decision has raised eyebrows and has generated questions on the level of fairness and transparency expected from the regulator to be worthy of regulating the market. The chairman of the committee, Julian Knight MP, has posed a question that has been in the mind of an average citizen for more than 18 months. The question is related to the plan of the UKGC to introduce affordability checks and spending caps in gambling. This will go a long way in protecting high-risk gamblers in the UK who regularly overspend on their gaming habits.

In the plan, it was said that ‘gamblers’ will be required to show their tax returns and bank statements to be eligible to wager £100 and above. However, this looks quite limiting to the concept of liberal democracy – considering how the state wants to veto the choices and the lifestyles of adult citizens.

The Affordability Checks to Be Addressed via the Gambling Act, Rhodes Said

Some actions of the commission like the indecent haste and selective presentation of evidence suggested that the regulators were attempting to coerce the reform without the oversight of the parliamentary. In a parliament session, Andrew Rhodes said the affordability checks will be addressed via the Gambling Act Review. He also said his team has passed the intelligence and insights they gathered from the various consultations session they had to the Digital, Culture, Media, and Sports departments.

It is quite understandable that Rhodes is not in the commission when the affordability checks and the spending caps are being imposed and that he is reluctant to criticize the actions of those responsible including his direct predecessor. However, the unsatisfaction comes from the haste to sweep the matter under the carpet when it should be addressed in clear light.

Another matter to be addressed with Andrew Rhodes is the assessment of the commission on the return on the £40 million voluntary settlement funds. Those funds were issued in support of the national strategy to reduce the harms caused by gambling.

In 2020, the National Audit Office and the Parliament’s committee for public accounts criticized the commission heavily for failing to introduce comprehensive evaluation performance measurement for the strategy.

Andrew Rhodes and Marcus Boyle’s Time is Running Out

At first, Andrew Rhodes and his chair Marcus Boyle were perceived as saviours by people who were tired of Bill Moyes and Neil McArthur’s, but it seems like that has already changed. It was reckoned that the regulations in the previous regime of the commission were balanced and moderate, but the stakeholders now are not happy. They are complaining of the opaque, distant, and unwilling nature of the commission, especially in constructive problem-solving.

With part of the government whitepaper including the gambling ombudsman, it is now necessary for the commission to get its acts together in coherence and optimum market functioning. However, it was declared that the time given to Rhodes and Boyle to reform the organization is running out.