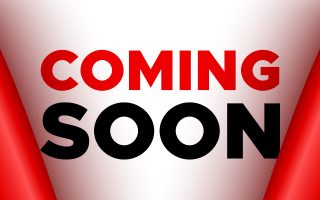 Five economically challenged cities were earlier qualified and allowed to use a casino to bring increased economic activity. This was done with the hope that the casino would bring tax revenues and jobs to the cities. One of those five cities was Norfolk.

Taking advantage of this provision, the $500 million project of Headways Resort and Casinos began. This project was spearheaded by Jon Yarbrough, who is a billionaire veteran in the gaming industry and the Pamunkey Indian tribe. In a partnership with these two, the residents signed off the proposal in a local ballot referendum far back in 2020.

The initial plan was to create a temporary casino inside the minor league baseball stadium at Harbour Park. This plan has, however, been scrapped as Headwaters now intends to build on 200 Park Avenue. 200 Park Avenue is about 13 acres of land adjacent to Harbour Park. However, this location is currently a parking lot.

According to Virginia’s gaming law, Headwaters is permitted to open a temporary casino while building a larger resort. However, this temporary casino must be located at the address authorized for the permanent casino. The earlier referendum allows Headwaters to operate a casino at 200 Park Avenue.

Moreover, Headwaters had previously stated that the casino developers and Norfolk officials had considered using a venue that was formerly a boxing club and a restaurant for the temporary casino. However, this venue was located at 150 Park Avenue. Headwaters believed the location would have resulted in a streamlined opening of Norfolk’s first casino. Things took a different turn as the address in question resulted in legal concerns. The question was whether or not it was lawful to use the location for commercial gambling.

Headwaters Hopes to Open the Casino in March 2023

In a statement, Headwaters says, “The tribe and the City of Norfolk had explored locating the temporary facility in an underutilized area of Harbor Park because it provided a unique win-win opportunity to upgrade a city-owned, aging facility that would also benefit the community and the fans at no taxpayer expense while generating immediate revenue for the city…”

With the legal concerns, Headwaters had no choice but to choose another location for the temporary casino, which happened to be 200 Park Avenue. Headwaters says that this new location will offer an even better customer experience. The construction team is currently creating a site plan for the Pamunkey casino, east of the ballpark. Once the site plan is completed, it will be handed over to the city for approval. Headwaters hopes to open the new casino sometime in March 2023 once swift approval is given to begin construction.

Despite creating the site plan, Headwaters has yet to give specifics on the temporary building of the casino. We are still in the dark about how many table games or slot machines the casino will hold. However, Headwaters gives assurances that those specifics will be provided in the coming days.