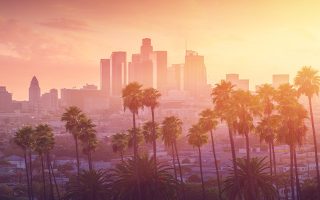 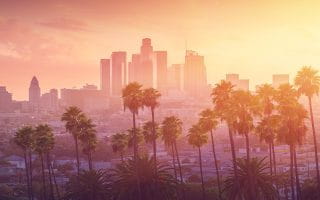 With November 8 approaching, the committee had to recommend the party’s stance on several issues. One of the popular ones is the sports betting bill. The following day, the Democratic party officially came out to take a stance against online sports betting legalization. The measure was to be made legal by a constitutional amendment placed in Proposition 27.

This was despite the call of the proposition to use revenues from online betting to fund services for mental health programs and measures for economic development for tribals and homeless people. They also choose to stay neutral on tribal-backed retail sports betting.

California tribal leaders have also come out to show support for the decision taken by the Democratic party. Agua Caliente Band of Cahuilla Indians Tribal Chairman, Reid Milanovich, said the democrats have once again proven their commitment to the Indian tribes within the state.

He said, “Prop 27 is not a solution to anything. It would expose children to a massive expansion of gambling and turn every cell phone, gaming console, tablet, and laptop into a gambling device. Prop 27 is a direct attack on tribal gaming and Indian self-reliance.”

It should also be noted that several weeks ago, the California Teachers Association also came out against the proposition. For those not familiar, online sports betting is currently legal in over 18 states in the US. Despite this, very few reports of underage betting on licensed online sports betting sites have been reported.

Perhaps this data and several others have spurred Nathan Click, a Californians for Solutions to Homelessness and Mental Health Support spokesperson, to insist that the proposition has momentum behind it. According to him, it is the only proposition that provides millions of dollars to support the homeless, people suffering from mental health illnesses across the state, and disadvantaged tribes.

Unlike the Democrats, Cardroom Casinos and Their Supporters Stand Firmly Against Proposition 26

Another resolution made by the Democratic party was to stay neutral on Proposition 26. This proposition calls for the legalization of retail sports betting at licensed race tracks and tribal casinos. The party’s decision was influenced mainly by the fact that labor unions represented some of the cardrooms.

Supporters of the cardrooms insist that tribes and others would take advantage of Prop. 26 to clamp down on the cardrooms. Representatives from the opposing camp have also argued that language would not result in the shutdown of licensed cardroom casinos. These supporters include Dolores Huerta, a labor activist, the Communications Workers of America, over 15 chambers of Commerce, and the California Hawaii State Conference of the NAACP.

Cardroom casinos and their supporters have stood firmly against the proposition. However, it might be because of their failed attempt to place sports betting measures on the November ballot. The attempt failed because they failed to get signatures on their proposal. Those bent on defeating Proposition 26 also include cities where cardroom casinos are located.