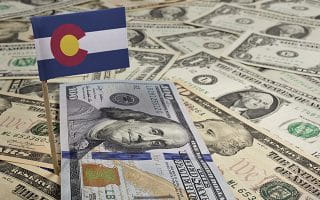 Since the post-PASPA era, Colorado became the seventh state in the United States to have passed the $7 billion mark in sports wagering handle! This news came after the department of revenue of the state announced a few weeks ago that its wager record in May is worth $360 million.

Since the first bet was accepted by operators in May 2020, the $7.3 billion wager record by the centennial state has put them in the league of other states like Nevada, Indiana, New Jersey, Pennsylvania, New York, and Illinois who have cleared the milestone. However, for Colorado, about $2.3 billion of the entire record was cleared in the first five months of this year – 2022. Making Colorado sports betting in 2022 highly profitable for operators and the state itself.

Compared to the figure recorded in April ($392.3 million), the handle in May is 8.2% lower, and this drop is perhaps expected based on the schedule of the sports industry. However, in terms of results, operators had a much better month as the 7.5% hold led to a record of over $27.1 million in gross revenue. That sum is about a 20% increase from the previous month’s record.

For a ninth consecutive month, the promotion credits and deduction reached eight figures as the record for this month totaled about $10.5 million. After recording $16.6 million in the taxable adjusted revenue, the month’s record became the second-highest in the entire 25 months of sports wagering, second to the $19.2 million operators recorded in November. The total promotional credits and deductions recorded so far this year have reached a total of $80.5 million. This is about 68% higher than the record in the first five months of the previous year.

In terms of tax, the state received a total of $1.7 million for the month which is just about $34,000 from reaching a $6 million mark for the year. And even though there has been a concern about potential lost tax revenue, the total amount realized in 2022 is about $1.6 million more than the record of last year within the same period.

The AVS Run Pushes the Hockey handle to a New High

The Avalanche Bandwagon attracted a huge number of bettors by completing the title run for the Stanley Cup and dethroning Tampa Bay Lightning, a two-time champion in a total of six games. For May, the total handle for the sport has reached an all-time high of $35.7 million which is about 37.4% higher than April. With AVS winning, bettors had plenty of returns on their wagers, and it led to the house holding less than $830,000 in winnings.

Also, as it was speculated, the wagering handle on baseball increased substantially. The handle for the sport this month reached an all-time high of about $91 million against the $69.9 million recorded in the previous month.

Based on the report, a substantial amount of the total revenue was generated by Parlays after recording about $11.2 million in revenue in May. It was considered that the 17.7% hold of the operator contributed to having such a figure. This hold percentage is the best figure recorded since the 20.4% recorded in November. Moreover, this month is the sixth of nine months that the operator will have revenue greater or equal to $10 million.